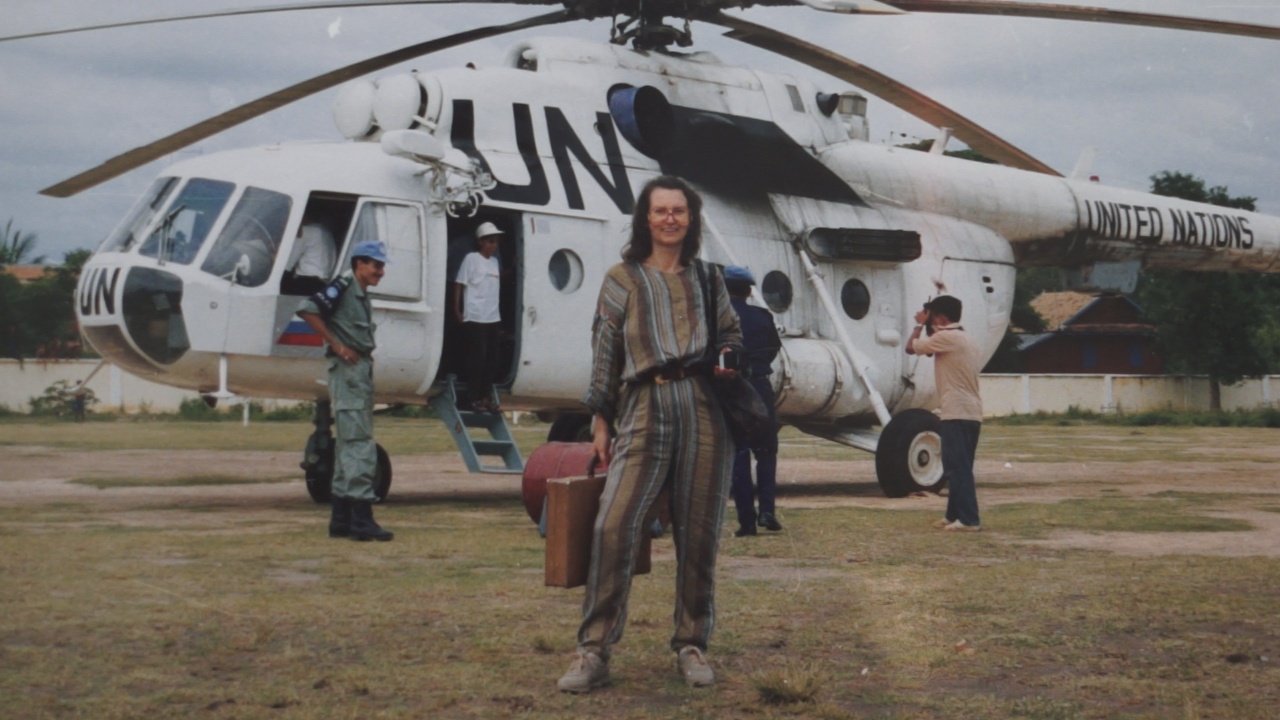 Sometimes I wonder how in the world I could have lived what I have lived and done what I have done, thriving in a man’s world, when I came into it as the girl child of World War II refugees who had little before that war and lost everything by the time the war was over.  We moved from a mining town in Belgium to a factory town in New Jersey, but, somehow I made it to the women’s Ivy League, Mount Holyoke, one of the Seven Sisters, by the time I was seventeen and a dozen years later to the Fletcher School of Law and Diplomacy.  Even more incredible I was greeting ambassadors when I was twenty one and, as a United Nations consultant, sitting and discussing with a president when I was just over forty.  More than that I did it ,as Frank Sinatra sang,  ‘My Way’, jogging in cities in Europe, Africa and Asia in the seventies when ‘normal’ people would come out to stare at a woman doing that, smoking big cigars which unexpectedly opened doors to incredible conversations, and doing all in a small five foot three, one hundred ten pound frame.  My life has been so full that people keep telling me to write an autobiography but what use is that when separate parts of that life have given rise to books (Before they Cut the Ivy, Mangoes and Blood, Choices), as I have always lived many lives – my life and the lives of the people I’ve known in a golden journey.  For so much, dear reader, is based on people, on you, on those around you, on those far from you and on those who came before you, and a great part of the riches of the mind and spirit that you can achieve is based on how you deal with the challenges you face.

In this novel, Tatiana Androsov delves into an international hostage situation in Africa. Inspired by a real room in the 70's when hostages were taken left and right.

A novel by Tatiana Androsov about a young woman's challeges as she works for an international development agency in Africa. Set in the 1980's, it highlights the work related difficulties that women faced at that time as well as the romances that surrounded them.

BEFORE THEY CUT THE IVY

A novel by Tatiana Androsov about a couple of young women at Mount Holyoke College, the oldest of the Seven Sisters in the 1960's just before the Ivy League became coeducational. Set in those turbulent and changing times it highlights both the profound educational and personal experience of these people. In addition to it's heroines, it has heroes, the main one being from Dartmouth College.

A QUESTION OF SEDUCTION

Due to Covid -19 concerns all speaking engagements are on hold. Please feel free to contact us to schedule an on-line engagement. Please check out the latest Zoom meeting with the Paris American Club below. Thank you.

Send Us a Message

LISTEN TO MY PODCASTS